When we think about what we leave behind as grandparents, we hope we will have transmitted lessons  about kindness, justice, strength and confidence, the boundless nature of love.

As we celebrated my granddaughter’s third birthday this summer, I made the following rough calculation: I’d trekked from my home in New Jersey to her Brooklyn apartment roughly 150 times to provide once-a-week daycare, plus other times as needed.

I had taken Bartola (a family nickname borrowed from former Mets pitcher Bartolo Colon) to a toddler music class. We’d spent an hour or two at the park every Thursday if it wasn’t a) raining or b) over 92 degrees or c) below 20.

I refer to our time together as Bubbe Days, using Yiddish for grandmother. 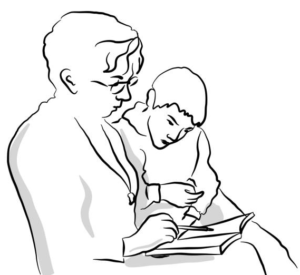 And she will remember virtually none of it.

Psychologists I’ve been talking to about kids and “autobiographical memory” — the recall of specific events of personal relevance — tell me that we retain very little of what happened before we turn 3. Childhood amnesia, Freud called it.

“Young children form memories early in life,” explained Patricia Bauer, a cognitive developmental psychologist at Emory University. “But they forget them so quickly, more quickly than adults, that they don’t hold onto them.”

When we think about legacy, what we leave behind as grandparents, probably values top the list: We hope we will have transmitted lessons about kindness, justice, strength and confidence, the boundless nature of love.

But we want to pass along more concrete things, too. I’ve called dibs on regularly escorting Bartola to theater performances, something I relish myself. We’ll probably start soon with the fine children’s theater available around New York City and, over the years, progress to more demanding fare.

If she takes to it, we’ll have something she may design to do with Bubbe when she’s 13 and I’m 80.

Other grandparents have their own plans. When I asked around, I heard about efforts to encourage a love of books and reading, of singing and music. Grandparents draw and paint and plan museum visits with grandkids they hope will learn to cherish art.

Donna Bolls, who lives in Charlotte, N.C., wants her four grandchildren to develop reverence for nature, so she takes them to forests and gardens and buys them Ranger Rick subscriptions.

Deanna Hendrickson, a retired Los Angelena, has a long list of things she wants to do with her first grandchild, due this fall: take the kid to synagogue, into a voting booth, on a road trip. Watch “Auntie Mame” and “Moonstruck” together.

Pass along the art of making a decent martini (“It’ll come in handy someday,” she predicted).

Happily, for us, children’s memories do improve.

“They gradually strengthen from age 2 to 8,” said Nora Newcombe, a cognitive and developmental psychologist at the Temple University Infant and Child Lab. “They’re more detailed. They last longer.”

Their verbal ability increases too, allowing for fuller accounts. Four-year-olds can relate relatively rudimentary versions of an event. Ask the same children when they’re 6, and “if they remember the event — the big if — they can tell you more about it,” Dr. Bauer said.

We can help the process along by the way we talk with our grandkids about shared experiences. What psychologists call a “high elaborative style,” using lots of details and emphasizing that an event felt emotionally significant, helps cement memories.

If I want Bartola, a fourth-generation beach lover, to recall summers on Cape Cod, the experts told me I should go beyond, “Remember when we went to the beach?” I should be describing the gulls overhead, that game where we buried her feet, the hermit crabs scuttling through tidal pools.

I should talk, in particular, about how much we liked spending time together at the beach and look forward to it again next summer.

“You’re co-constructing a shared history, and you can do it over the phone or on FaceTime,” Dr. Bauer said. “The secret is involving the child in the importance of it, to her and to you and to both of you together. Reflecting on its meaning, affirming that it matters.”

Grandparents could take this a step further, suggested Andrew Meltzoff, director of the Institute for Learning and Brain Sciences at the University of Washington. Cognitive scientists know that so-called “distributed learning,” repeatedly returning to an idea or an experience, strengthens kids’ recollections.

“The child’s brain likes to encounter something, absorb it, and then re-encounter it,” Dr. Meltzoff told me. “It’s a powerful way to establish long-term memory.”

Thus, at the zoo with your grandchild, you comment on the cool giraffe. On the ride home, you talk about the giraffe. Back home, it’s “Tell Mommy about that giraffe we saw!” Later, on the phone or via Skype, you talk about giraffes using the same memorable words and phrases.

Dr. Meltzoff likes the idea of assembling photos of a visit or event — some taken by the child herself, ideally — into a digital or paper scrapbook. That provides a chronological, pictorial narrative that parents, reusing the same distinctive language, and kids can repeatedly look at together.

I’m not making a scrapbook, but I think a lot about children and memory. The average age for an American to become a grandparent is 50, but it’s not uncommon for it to be much higher. Many of us reproduce at later ages and recognize that we may not see our beloveds become adults.

If I’m lucky, I might attend Bartola’s high school graduation; any milestone beyond that is questionable.

I won’t mind, much, if she doesn’t like the theater. I won’t be crushed if it turns out that she’s not so fond of beaches. 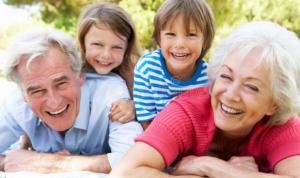 But I do want her to remember me, not specific events so much as my presence. I want her to know that I helped care for her, comfort her and celebrate her. That I was there, a part of her life, and loved her ferociously.

This has less to do with memory formation, perhaps, than with another psychological concept called attachment: feelings of trust that develop very early in infancy.

“It’s more a memory of positive relationships,” Dr. Bauer said. “A sense in the child that, ‘There are people in the world who love and understand me, even if I’m not my best self. Who I can turn to when I’m stressed. People support me; people will help me.’”

Each time we respond to our grandchildren with love and patience, help them feel secure and valued, we’re helping to build positive attachment. It will prove crucial to their well-being later in life, even if memories of incidents and rituals evaporate.

Bartola will remember far more about Bubbe Days in the coming years than in the three already past. But maybe she has already learned what I’ve hoped for.

A few weeks ago, we were sitting on a bench, watching passers-by. “Look at that bubbe,” she remarked, a term she thinks applies to any gray-haired woman.

I had no luck trying to explain that some bubbes don’t look like me, while some women with gray curls aren’t bubbes.

Because the thing was, Bartola already knew all about bubbes. “Bubbes play with you,” she said, launching into a short lecture developed from life, from picture books, possibly from “Moana” and who knows what else. “They give you good things to eat. They hug you.”

If I left this earth tomorrow, I would have to be content with that. And you know, I think I would be.

What Is the Health and Nutritional Value of Mushrooms?