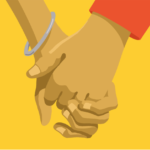 Staying in touch with family and friends — and forming new relationships — can keep you healthier longer and may add years to your life.

Make friends. Volunteer. Join a club. Stay connected. That is some of the most important advice you’ll ever get about aging well. A large body of scientific research shows that social interaction — having strong, happy relationships with family, friends and community members — is an important factor in good health and longevity. Researchers who studied 7,000 men and women in Alameda County, Calif., found that people who were “disconnected from others” were about three times more likely to die during the nine-year study than people with strong social ties. And here’s an amazing fact about your friendships — they can compensate for your bad habits. Research has shown that people with close social ties who had unhealthy habits like smoking and lack of exercise actually lived longer than healthy people who were more isolated. Obviously, friendship can only go so far. It’s better to have healthy habits and friendships. On average, people with healthful lifestyles and close relationships live the longest.

And friendships can get you through the inevitable health setbacks that occur with aging. A study of 2,320 men who survived heart attacks, found that those with strong personal connections were far more likely to stay alive over the next three years of follow-up. A number of other studies have shown the same trend. In one report of adults with coronary artery disease, people who were socially isolated had nearly three times the death rate compared with those with strong relationships.

Why are close friends and family ties good for us? They give us emotional support that can help us cope with stress. They can be a positive influence, helping us create healthy habits. (If your friends don’t smoke, you probably don’t either.) Studies show friendships give us higher self-esteem, greater empathy for others and make us more trusting and cooperative. And perhaps most important: As we age, our friends and family give us a sense of purpose and a reason to keep getting up in the morning. 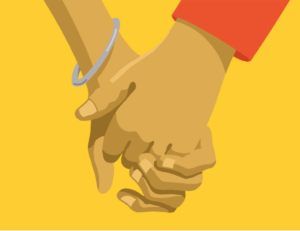 To retire or not to retire? Studies show that people who keep working well into their 70s and beyond tend to have better health and stay more socially connected. But it’s tough to parse out whether healthy people tend to keep working or whether work tends to keep us healthy. Even so, most research supports the idea that staying busy, maintaining social connections and finding meaning and purpose in your daily routine are all part of healthy aging. Studies also s

uggest that the type of work matters. If you find work fulfilling and enjoy the company of your colleagues, you should consider sticking with it. If your job is backbreaking or high stress, consider checking out around retirement age — but make a plan for your second act. Volunteer or find paid work somewhere that will keep you active, engaged and give you a reason to get up in the morning.

Retirement itself isn’t a bad thing. Retiring after years of work can feel like a heady vacation at first. But eventually, not working can take a toll on mental health. One study found that the negative effects of retirement — defined as a range of depressive tendencies (such as lack of appetite, lapsed concentration, fatigue and so on) to clinical depression — start to appear after the first few years of ceasing to work.

The main benefit of work may be the social network it offers. A Syracuse University study found that people who continued to work past retirement age enjoyed an increase in the size of their networks of family and friends of 25 percent. The social networks of retired people, on the other hand, shrank during the five-year period. You don’t need to collect a paycheck to reap the health benefits of work. One study of school volunteers over age 50 found that volunteering was linked with better physical health and cognitive gains from interacting with children.

Filing for a “Wrongful Life”

Eight Surprising Things That Increase Your Chance of Stroke