Growing old is an increasingly expensive privilege often requiring supports and services that, whether provided at home or in a facility, can overwhelm all but the wealthiest seniors. With Americans living longer and aging baby boomers flooding the system, the financial strain is becoming unsustainable.

Consider the demographics. In 2018, there were 52.4 million Americans age 65 or older and 6.5 million 85 or older. By 2040, those numbers will hit 80.8 million and 14.4 million, respectively. From now until 2030, an average of 10,000 baby boomers will turn 65 every day. Already, demand for care dwarfs supply. The Medicaid waiting list for home-based assistance has an average wait time of more than three years.

Next, factor in the financial reality of seniors. Nearly half of U.S. households headed by someone 55 or older have no retirement savings, according to 2016 data. Many Americans over 65 face trying to get by on Social Security income alone, which provides an average retirement benefit of $18,516 a year.

Compare this with the price of long-term care. Nationwide, the median cost of a semiprivate room in a nursing home is more than $93,000 a year, according to the 2020 Genworth Cost of Care Survey. The median yearly cost of employing a home health aide full time is around $50,000. And tens of millions of Americans are providing unpaid care to family members, costing the caregiver thousands in expenses per year on top of lost work time and wages. 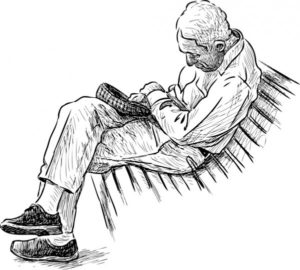 The numbers don’t add up. Or rather, they keep adding up and up as families’ financial stability goes down and down.

The gloomy reality is that most seniors will require long-term care. Almost 70 percent of Americans turning 65 today are expected to need extended services and supports at some point. About 20 percent will need care for more than five years. Despite this, the majority of those age 40 and over have done no planning for their long-term care, according to a 2021 survey by the AP-NORC Center for Public Affairs Research.

Many Americans simply assume their needs will be handled by Medicare. No. Medicare handles post-acute care, generally for people who have had a hospital stay. It does not handle routine living assistance or custodial care. The bulk of that responsibility falls to Medicaid. But Medicaid is a means-tested poverty-assistance program that, with variations from state to state, requires seniors to spend down their countable assets to about $2,000 before qualifying for help.

To avoid forcing middle-class seniors to impoverish themselves, Medicaid eligibility requirements need to be loosened. Dramatically. But that would place even greater financial pressure on the already strained program and the government budgets that fund it.

In many areas of life, people commonly guard against financial catastrophe by purchasing insurance. But the market for long-term care insurance has proved problematic. Unlike with health care or auto insurance, most people don’t bother buying long-term care coverage. Those who do tend to be the most at risk for needing care. This drives up premiums and creates what experts call a death spiral: The higher premiums rise, the fewer people who can afford them and the more likely those who do buy are to file claims.

Most insurers have abandoned the long-term care business. Remaining policy options are limited. They tend to be prohibitively expensive or provide insufficient benefits — or both.

In 2012, a broad cross-section of policy experts, consumer advocates and industry representatives formed the Long-Term Care Financing Collaborative to explore more sustainable funding models. The central recommendation of the group’s final report, issued in 2016, was the creation of a universal public insurance program.

Many developed nations, including Japan and much of Western Europe’s, have established long-term care insurance programs of various shapes and sizes. For the United States, the collaborative recommended a catastrophic plan that would cover back-end costs for people who wound up needing a high level of care. Individuals would be responsible for the first year or more of costs — a sliding time scale would be based on their lifetime income — after which benefits would kick in.

People could choose to cover the upfront expenses however they see fit, including savings. Ideally, a catastrophic public plan would help revive the private market as well. With the risk of open-ended claim costs largely neutralized, insurers could provide better, more affordable policies.

The program would need to be universal — meaning mandatory. The Affordable Care Act sought to establish a voluntary long-term insurance program, the CLASS Plan. But it faced the same adverse selection problem that plagues the private market and was dissolved over fiscal viability concerns before ever getting off the ground. 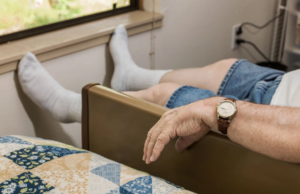 Variations on the catastrophic-plan idea have received support from many quarters — most recently from Representative Thomas Suozzi, a New York Democrat and former certified public accountant. Last month he introduced legislation that would establish such a program. Under his WISH Act, workers and employers would each contribute 0.3 percent of wages to a long-term-care trust fund. He is pitching the plan as a public-private partnership that would save the private market as well.

The current political landscape is not promising for this level of reform. Republican lawmakers chafe at anything that smacks of a new entitlement — not to mention a tax increase. And President Biden has vowed not to raise taxes on anyone making less than $400,000. But the long-term care crisis will only worsen, and people need to begin sounding the alarm.

The outlook may be more promising at the state level. In 2019, Washington State passed the nation’s first state-run long-term-care insurance program. The WA Cares Fund is to be funded by a 0.58 percent payroll tax on employees. Starting in 2025, eligible residents can receive benefits of $100 per day, with a lifetime cap of $36,500.

Washington’s system is not a catastrophic model. But the program is a recognition of the long-term financing crisis that the nation is facing and of the need for new solutions. Other states — and Congress — should take note.

Desperate for a Trip? Here Are the Questions to Ask Before You Go.

Future of Telehealth and Telemedicine for the Deaf