From a cancer risk perspective, the American Institute for Cancer Research considers smoked and cured fish in the same category as processed meats.

Q. Does eating smoked fish, such as smoked salmon or whitefish, increase the risk of colorectal cancer or other cancers, the way processed and deli meats do? 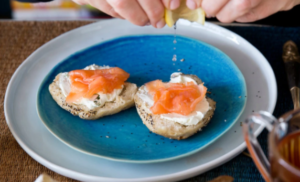 In 2015, a working group of the World Health Organization’s International Agency for Research on Cancer classified processed meat as a carcinogen, saying there was sufficient evidence that it causes colorectal cancer. This was a big deal, because very rarely do scientists use the word “cause” when it comes to food and disease. The researchers who reviewed the evidence, however, did not look specifically at smoked or cured fish in their evaluation. For now, according to a spokeswoman from the I.A.R.C., their answer to the question of whether eating smoked or cured fish affects cancer risk is “We don’t know.”

“Processed meat” refers to meats that have been treated through techniques that boost flavor and preservation, such as curing, fermenting, salting and smoking. The category includes hot dogs, ham, bacon, sausage, jerky, pepperoni, deli meats (such as bologna, smoked turkey and salami) and any sauces made with these products (such as pork sausage ragù or bacon salad dressing).

The WHO announcement also classified red meat — meat from mammals, such as beef, pork, lamb and goat — as “probably carcinogenic,” citing possible links to pancreatic and prostate cancers in addition to colorectal cancer.

“Even though it’s possible that processed fish and even chicken and turkey could be better alternatives” than processed red meats, which carry additional potential health concerns, “for now we have to look at all of it as processed meat,” said Alice Bender, the senior director of nutrition programs at the A.I.C.R. “We can’t say that one is better than the other.”

Ms. Bender, a registered dietitian, suggests limiting consumption of smoked and cured fish, enjoying it as an occasional treat versus eating it every day, for the same reasons that you should limit processed meats. 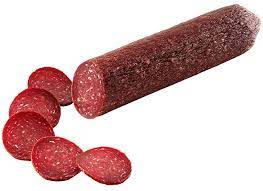 She notes that the processing itself appears to be the underlying issue when it comes to cancer risk. As with meat products, salmon and other types of fish are often smoked or cured to enhance flavor and preservation. Lox, for instance, is salt-cured or brined. Cold-smoked salmon is also brined but then smoked at a very low temperature.

It is unclear why processing may pose a cancer risk, though salting could be one factor. The World Cancer Research Fund, for example, states on its website that there is strong evidence that preserving foods through salting, “including pickled vegetables and salted or dried fish,” increases the risk of stomach cancer. Cantonese-style salted fish, a popular item in Southern China that is both salted and fermented, has also been tied to an increased risk of nasopharyngeal cancer.

Other processing methods may also play a role. The high temperatures used in some smoking techniques could be a risk factor, as high heat has been linked to the formation of cancerous substances when cooking meat. So could the nitrates be used as preservatives? Or, it could be a combination of factors.

Although the A.I.C.R. advises against eating too much smoked or cured fish, other leading cancer research organizations do not yet draw a firm conclusion one way or another.

One reason for the uncertainty is that Americans tend to eat far less lox, smoked trout, smoked whitefish and the like compared to how much bacon, deli meat and sausage they consume. Because smoked fish is not a central part of the typical American diet, not enough data is available for a statistically meaningful statement about the relationship between smoked fish and cancer risk, according to a spokeswoman from the National Cancer Institute.

Fish has also been associated with numerous positive health outcomes and may lower the risk of heart disease and even some cancers, especially when eaten instead of red meat. As to whether the potential benefit from consuming smoked or cured fish might in essence cancel out the potential harm from the processing, more research is needed.

How to Check Out the Safety of a Retirement Condo Building

Drugmakers Funnel Millions To Lawmakers; A Few Dozen Get $100,000-Plus