Planes will be more crowded, meals may return, but don’t remove your mask just yet. By Elaine Glusac NYTimes/March 23, 2021

If the start of spring break is any indication — when an average of more than a million fliers a day passed through security at U.S. airports — domestic summer travel is poised to pop.

Airlines have been expanding their route networks, especially in vacation destinations, as competition for leisure travelers heats up. Leisure travelers are expected to lead the recovery as business travel continues to lag.

Here are five things we know about flying this summer.

The skies will be busier, the planes fuller

According to the airline industry group Airlines for America, passenger volume on U.S. carriers was down 53 percent in mid-March compared to pre-Covid-19 levels, but up from the darkest days of the pandemic, when it bottomed out below 90 percent.

With the soft bounce, only Delta Air Lines has continued to block middle seats through April. It would not comment on an extension. (Alaska Airlines is keeping middle seats open in its Premium Class through May 31). 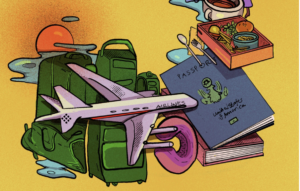 “My expectation is that Delta is going to get rid of the blocked middle seat policy,” said Henry Harteveldt, president of the travel consultancy Atmosphere Research Group, citing continuing vaccinations for building traveler confidence and competition from other airlines. “Delta realizes it will have to compete more on price than in the past.”

Though the average plane in recent weeks has been about 64 percent full, summer is looking busier. The airfare app Hopper found searches for domestic travel rose nearly 60 percent for summer travel since Feb. 20, comparable to searches in Jan. 2020, before the pandemic.

Helane Becker, an airline analyst at the investment bank Cowen, forecast domestic leisure travel this summer to grow to within five percent of pre-pandemic levels, while business and international travel will remain 80 to 90 percent off.

“People are sick of this paradise prison in their homes,” Ms. Becker said. “I think we’ll see what I call a jailbreak this summer.”

With more people traveling, airfares will go up, according to Peter Belobaba, who researches the global airline industry at the Massachusetts Institute of Technology. But travelers can expect prices to yo-yo as airlines carefully manage seat pricing.

“It’s difficult to get a cheap fare to Honolulu on a Friday, but it’s pretty easy to get a low fare to Boise on a Tuesday morning,” he said.

Hopper predicts summer airfares to increase by about 12 percent in May, but to stay low, with the average domestic round-trip flight estimated to top out around $257 in midsummer, compared to about $230 now.

But without business travelers who tend to spend more and fly more, airlines will lack the power to raise fares significantly. The trade organization Global Business Travel Association doesn’t expect a full business travel recovery before 2025.

The expansion of low-cost carriers during the pandemic is likely to keep prices down.

“Leisure low-cost carriers will be back to 2019 levels this summer, maybe even a little bit higher,” said Savanthi Syth, an airline analyst at Raymond James & Associates.

Southwest Airlines plans to begin service to Myrtle Beach, S.C., this summer, one of 17 destinations it has added or announced in the pandemic, including Palm Springs, Calif., and Bozeman, Mont.

Spirit Airlines is adding St. Louis, Mo., and Milwaukee. Shortly after Feb. 23, when Spirit announced it would serve Louisville, Ky., a Hopper survey found competing fares from Louisville to Las Vegas went from $330 to $225 round-trip.

“By the end of the year, there will likely be six budget airlines battling for travelers,” Mr. Harteveldt said, citing two low-cost carriers, Breeze Airways and Avelo Airlines, expected to launch this year. “The more low-fare airlines, the more low-fare seats available to the public, not just on these airlines, but on carriers that compete with them.”

During the pandemic, most airlines eliminated their cancellation and change fees (though Southwest never charged them), but the rules are changing for some of the cheapest fares.

By April, basic economy tickets at American and Delta will become nonrefundable and nonchangeable, as they were before the pandemic. United said it hasn’t decided whether to extend the waiver on basic fares past March 31.

Ultra-low-cost carriers are also ditching waivers. Spirit is suspending fees on tickets booked only through the end of March. After March 31, change fees at Frontier Airlines will range from zero to $59, depending on when a ticket is changed.

Many travelers who had to cancel their plans since the pandemic has received vouchers for use on future flights that normally expire after a year. A study by TripActions, a business travel management company, found that 55 percent of vouchers for unused tickets will expire in 2021, and 45 percent in 2022.

The fight for refunds from pandemic-related cancellations continues. This month, Consumer Reports and U.S. Public Interest Research Group sent a letter to 10 airlines demanding refunds if requested — citing the nearly 90,000 refund complaints received by the U.S. Department of Transportation in 2020, representing 87 percent of all complaints about airlines — and an extension of voucher expirations to the end of 2022.

While several airlines have extended the expiration dates through 2021 or 2022, it’s important to read the fine print on the form of credit issued by an airline as terms vary.

“Even in extending vouchers, airlines are trying to do anything they can to engender good will among travelers, but also to try to hold onto travelers’ money,” said Scott Keyes, the founder of Scott’s Cheap Flights. 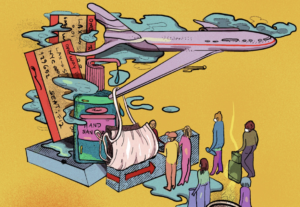 Passengers will still be masking between bites

Move over, Biscoff cookies. Chicken wraps and Coca-Cola are poised to make a comeback.

During the pandemic, many airlines reduced or eliminated food service, but this summer, Frontier Airlines plans to resume food sales. United said it will adjust its policies in the coming weeks. Southwest plans to add soft drinks in addition to cups of water with its snacks. Delta implemented a new touchless paying system on March 16 for onboard sales, currently limited to earbuds, but expected to expand to food and drink.

“This is one of the biggest gripes passengers have about flying right now,” Mr. Harteveldt said, noting that in many airports, concessions remain closed, making it hard for travelers to bring their own food on board. “If health considerations are improving to where restaurants can reopen and if industry-funded research shows airplanes are one of the cleanest and safest places to be, and you layer in vaccinations, I think airlines have no choice than to plan to resume cabin service.”

Most observers say the protocols airlines put in place to make the public feel safe about flying again — especially deep cleaning and mask mandates — will continue.

Airlines had mask mandates before the Biden administration’s executive order went into effect Feb. 1. Implementing the order, the Transportation Security Administration requires masks in airports and on planes until May 11.

A T.S.A. spokeswoman said it was too soon to say what will happen after that date, but given airline support, masks are likely to be required going forward.

“Airlines for America carriers have been requiring face-coverings for all passengers and customer-facing employees since last April, and this policy will remain in place for the duration of the pandemic,” wrote Katherine Estep, a spokeswoman for group, in an email.

A recent J.D. Power survey of more than 1,500 travelers in airports found 58 percent said requiring masks was the most important safety measure for airports to adopt; 42 percent said they would likely continue mask-wearing and social distancing through 2021 and beyond.

Even if you can eat in the air, don’t expect to remove the masks for prolonged periods. “Masks must be worn between bites and sips,” United says on its website.

There will be easier access to the great outdoors

The lack of international and business travel has scrambled the airline route map. Flights to international business destinations like London and Frankfurt were trimmed in favor of more flights to vacation destinations, particularly in Florida and Mountain States like Montana.

Comparing March 2021 to March 2019, nearly all states saw declines in scheduled flights. Only traffic to South Dakota and Montana grew.

Most carriers are announcing new service to leisure destinations in time for summer and in many cases are offering convenient point-to-point service, modeled on low-cost carriers, rather than routing fliers through hubs.

There are new flights to Honolulu from Austin, Texas, coming in April on Hawaiian Airlines. With partners JetBlue and Alaska, American is adding 10 routes from Austin. Southwest plans to extend its original winter service to Telluride and Steamboat Springs, Colo., through the summer. JetBlue recently added Miami and Key West, Fla., and Allegiant is new to Key West, Jackson, Wyo., and Portland, Ore.

While the trend may be rural, bargains remain in cities.

“U.S. cities are very affordable this summer, and appear poised to make a comeback,” wrote Mel Dohmen, a spokeswoman at the online travel agency Orbitz in an email, noting flights to Chicago, New York City, San Francisco, Los Angeles and Seattle are all cheaper this July compared to July 2019.

What Is the Health and Nutritional Value of Mushrooms?

What is ErrandFolks? We have the answers for you!